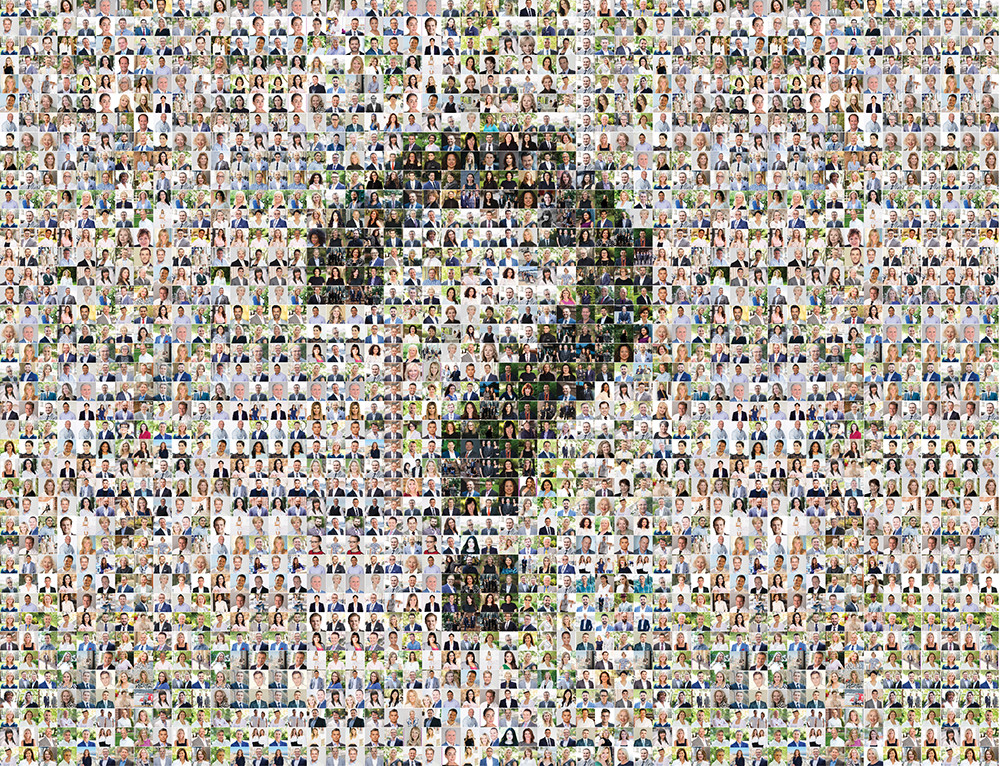 In the age of discount firms, star agents, open data, and vast sums of venture capital, the traditional brokerage model for helping buyers and sellers of commercial and residential real estate is wobbling.

Almost everyone involved in the sales and marketing of real estate is scrambling to adapt through either technology, data or consolidation. Larger, traditional firms whose margins are getting thinner and thinner are trying to buy-in technology but whose tired brands and bureaucracy may leave them unable to integrate it effectively. Top agents and many small to medium brokerages fearful of getting left behind are lured to ‘Tech-enabled’ brokerage, Compass as it continues its US expansion fuelled by the deep pockets of the infamous Softbank Vision fund. And meanwhile, property listing platforms are introducing more and more audacious features like Zillow’s Premium Agent that level the playing field.

But beyond the tech, data and the ‘efficiency-saving’ propositions, it is difficult to see how buyers and sellers are gaining the value. The truth is no-one is looking for an agent, they are looking to sell their property or buy one. But the industry has become so enamored with its image – the conferences, the awards, the industry rags, the gossip that somewhere along the way the conversation has become entirely about the agent and the brokerages’ needs rather than the customers.

Bringing efficiency and convenience to a process not known for either is welcome but standing for efficiency alone is not enough. You cannot pursue efficiencies without giving up some ability to innovate. In Marketing, too much focus on efficiency can make you irrelevant overnight, in part because an operating model of “doing more for less” is not conducive to hiring top creative talent and engaging buyers and sellers through inspired creative solutions.

In an era when everyone has access to the same information, it is more about what you do with it than how big your data set is. While machine learning and AI will continue to be hot topics, how relevant information is served in an easy, digestible and timely manner is key.

If you’re struggling to find the winner in this model, you’re not alone. While a lot is happening I think the industry still feels quite opaque and most agree few buyers and sellers are happy with the old model and have a sense that things have to change, but no consensus yet of what that change will be. If you look out at the options for buyers and sellers it's difficult to know why you would choose one over another.

It would be foolish to predict the full demise of a model that still sees a total of $62B in commission fees going to residential brokers in the US. But the current process for helping buyers and sellers of commercial and residential real estate needs to adapt beyond the tech and the data.

So are we stuck in this situation forever? Where buyers and sellers just reach for the nearest recommendation of hot to help them buy or sell a property. It’s time to throw out the rule book and rethink some of the false promises being offered today.

What do people need?, What’s special about you?
The market needs insight and expert advice, not merely access to information, but without a robust and distinct positioning, it’s impossible to choose between them. This isn’t just needed to help buyers and sellers distinguish the value they get from going with an Agent from one brokerage or the next it is the rallying cry to the agents themselves that reminds them why they are on this journey with this firm beyond a percentage of commissions.

Be fiercely independent and emphasize a philosophy of roster stability over churn. Brokerages have been forced, by holding companies, to grow at all costs to the point that many of the legacy brokerages are now too big to manage and act as an empty vessel for the flavor of the week.

Media is the Yin to the creative Yang. Divorcing media planners and buyers from close collaboration with the creative people takes away from the seamlessness of idea generation and implementation. Brand stewardship requires that they collaborate and work hand-in-glove to build affinity beyond just ticking all the marketing boxes and intriguing the audience, rather than just herding them through a sales funnel.

4. Everyone’s skin in the game

When it comes to compensation, the agent model for getting compensated for results is the truest form of shareholder value creation. But the upfront software, tools, and marketing costs for achieving a sale are growing and will continue to do so. While brokerages do need to invest the advertisers, marketers and other vendors can show more willingness to share in the risks and rewards by playing a greater role in planning and deeper strategic collaboration.

5. The need to specialize

Many of the large real estate brokerage behemoths have had an overhaul of their visual identity in the last year. But beyond the lipstick what’s changed? One would still not know why you would choose one firm from another?

The world does not need another generalist brokerage firm. The market is drowning in undifferentiated brokerage firms. What the world needs, what the best clients are willing to seek out and what agents want to develop and deliver, is deep expertise. Expertise is the only valid basis for differentiating oneself from the competition. Not software. Not process. Not price. It is expertise and expertise alone that will set a brokerage apart in a meaningful way.

Many agents are real estate advisors providing financial analysis, demographic studies, market analysis, site selection research, business planning, portfolio analysis and management, marketing plans, and even construction management in some cases. But many do not take the time to talk about this and put it up front in their collateral and pitches and instead fall back into behaving like everyone else other than sticking to their niche. If firms are not seen as more expert than the competition then they will be viewed as one in a sea of many and will have increasingly little power in the relationships with clients and prospects.

Great talent, especially creative talent, is a scarce resource. As with pitching, brokerages waste precious time and energy by engaging in a ruthless competition for talent, fighting each other.

It is much smarter to focus on the people you have and to keep them happy by creating the right culture that allows them to do the best possible work for their clients.

The endless new touchpoints, applications, and channels where one can connect with customers necessitate the need to have a constantly refreshed array of specialist resources at hand.  Modern marketing is moving too fast for anyone firm, platform or person to have all the answers. And while many platforms and third-party integrations claim to have a suite of solutions the truth is their one-size-fits-all approach eventually gets lost in the noise. Anything, where the brokerage is not offering better value or is the low-cost provider, should be decoupled or outsourced.

The Modern House, UK: Standing out on a sea of sameness

The Modern House, founded in London in 2005, prides itself on a very different approach to most real estate agents. You will never have seen its shops on the high street because there aren't any. Since the beginning, it has been online only. Everyone who works there is not dressed in tailored suits but stylish casual attire. It specializes in properties it decides are architecturally arresting or allow living "in a modern way" and, in its marketing, it concentrates more on the architectural merit of the building than the price per sq.ft or an agent’s previous sales and leases. People look at the Modern House website for recreation, even when they have no active interest in finding a place to live.

Because of its decision to solely focus on modernist architecture, The Modern House reaches a different audience to Savilles (an equivalent to say a Corcoran in the US). In the past year, its clean, uncluttered website — closer to an interiors magazine than a property listing portal — has received almost 3m visits, an increase of 50 percent in the previous 12 months. Its carefully curated Instagram feed, which features images from houses for sale alongside motivational quotes from modernist icons such as Ludwig Mies van der Rohe, now has over 177,000 followers. These include an
an above-average proportion of architects, artists, and designers.

The Modern House is predicated on the idea that many estate agents fundamentally do not understand design and lifestyle. Also that in the UK there are a plethora of modernist buildings. By championing the cause of thoughtful design, and raising awareness about this type of architecture among the buying public, helping buyers and sellers are but a by-product of their larger pursuit to have a positive influence on the built environment.

According to a 2017/18 study over six months by Rightmove, the Modern House received 70 percent more views per online listing than other agents who listed the same properties. The founders say that in 2017/18, revenues grew 43 percent and are on course for similar growth in 2019, at a time when much of the UK property market is moribund.

With its online histories, interviews, live events, and debates, the agency is as much a lifestyle brand, a publisher and a heritage champion as it is a seller of houses. So how did an estate agency that rejects much of the business it is offered, and serves only a small section of the UK property market, manage to grow so fast? “It’s a completely different experience,” says one seller who put her unusual house on the market with the agency. “The design-orientated properties they sell define them perfectly, and that branding was reflected in the type of people that took an interest.” The Modern House website, packed with histories and artful photography, attracts 15m page views and 1.25m unique visitors a year, the founders say. Much of that traffic is driven by what the founders call “storytelling” — showcasing the history and structure of the homes they sell, which they say builds a relationship with potential buyers and sellers “outside the transaction window”. (The average visitor to its website spends three minutes and 30 seconds on the site.)

With my bias stated that I am both English and happen to like Modernist architecture, this piece isn’t suggesting that those are the way forward rather that brokerages need to step up to modern times, with new ideas, culture, AND technology for how they engage the marketplace their clients and their people. The Industry needs to inspire itself and disrupt the convention by emphasizing a culture of innovation and experimentation. Yes, it will need to cut operational cost, and become more profitable. But most importantly, the modern brokerage and their agents must recreate a culture of creating value and put the customer back at the center. 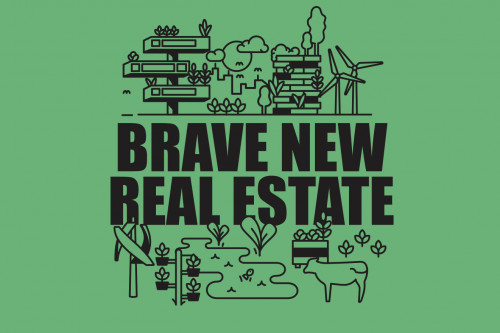 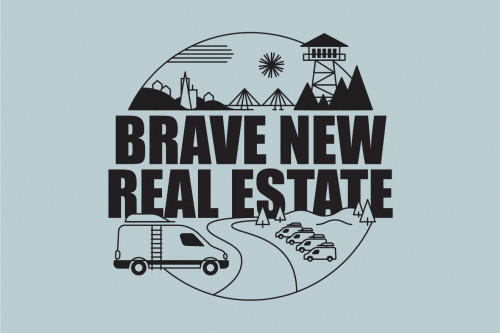 Rethinking luxury: A new era and a new look